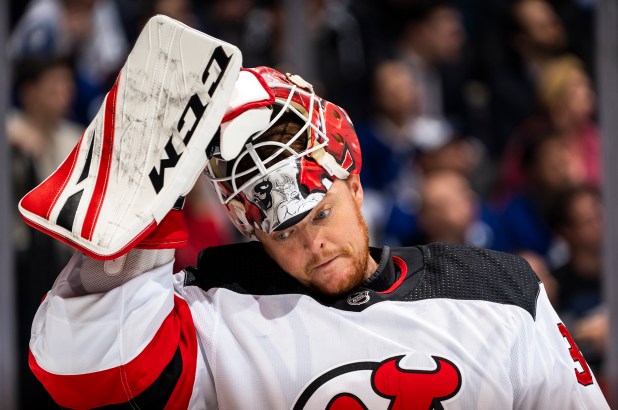 Martin Brodeur’s replacement is headed out the door.

Goaltender Cory Schneider was placed on waivers by the Devils on Thursday and will be bought out of the final two years of his contract, the team announced, ending his seven-year run in Newark.

The 34-year-old Schneider had two years left on his contract with a $6 million cap hit. Buying out Schneider will save the Devils $4 million each of the next two years. There will, however, be a $2 million charge to the cap the two years after that.

“I have two years left on my contract and my obligation and my goal is to do that and see where it goes from there,” Schneider previously told NHL.com. “I’m not naive to the business side of things, but feel that when I’m playing well, I can do a lot for our team on the ice and off the ice. That’s the role that I want to fill.”

Injuries derailed his Devils tenure after a strong start in 2013-14. New Jersey made the playoffs once during Schneider’s seven seasons, losing in five game to the Lightning in the first round of the 2017-18 postseason.